To date, there have been 12 RCTs comparing metabolic surgery to intensive medical management. We have highlighted a couple of those studies including the STAMPEDE trial from the Cleveland Clinic in prior newsletters, but this month gives a broader perspective and the Position Statement of International Diabetes Organizations on the role of metabolic surgery.
Below is depicted the profound effect of metabolic surgery in published RCTs with an Odds Ratio of more than 9, reflecting the strong effect on Hemoglobin A1c reduction compared to intensive medical therapy. 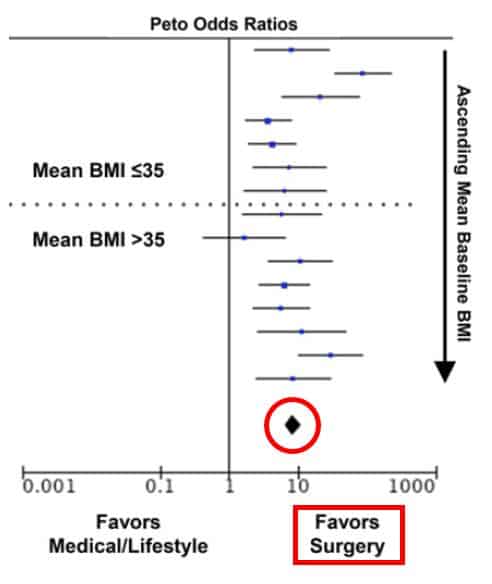 A Joint Statement of International Diabetes Organizations reads, “There is sufficient clinical and mechanistic evidence to support inclusion of metabolic surgery among anti-diabetes interventions for people with T2D and obesity. To date, the DSS-II guidelines have been formally endorsed by 45 worldwide medical and scientific societies. Health care regulators should introduce appropriate reimbursement policies.”
Despite these data, and a Level 1A evidence (based entirely on randomized controlled trial evidence) conclusion by the international diabetes organizations, less than 1% of eligible patients with type 2 diabetes and obesity are referred for metabolic surgery. Large population and cohort studies have demonstrated the toll that such under-use of effective therapy takes, in terms of mortality and major organ complications that could have been averted. Several of the recent RCTs involved direct comparison with latest-generation medications.
The most effective therapy for type 2 diabetes today involves a combination approach with surgery as its cornerstone, and a goal of complete remission of the disease.
Before and After Image of Patient from Sasse Surgical 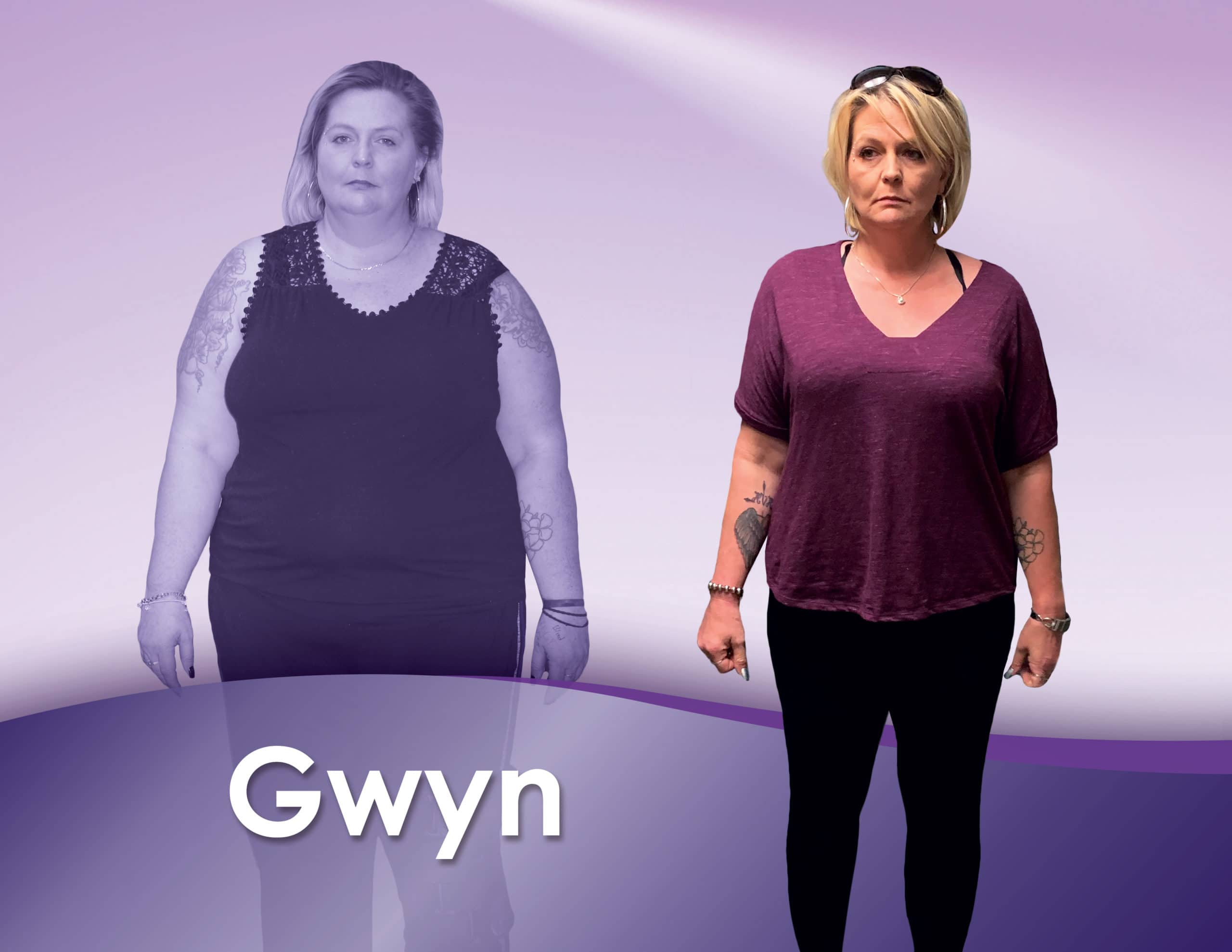