How Much Weight Will I Lose After Gastric Bypass Surgery?

Home / How Much Weight Will I Lose After Gastric Bypass Surgery? 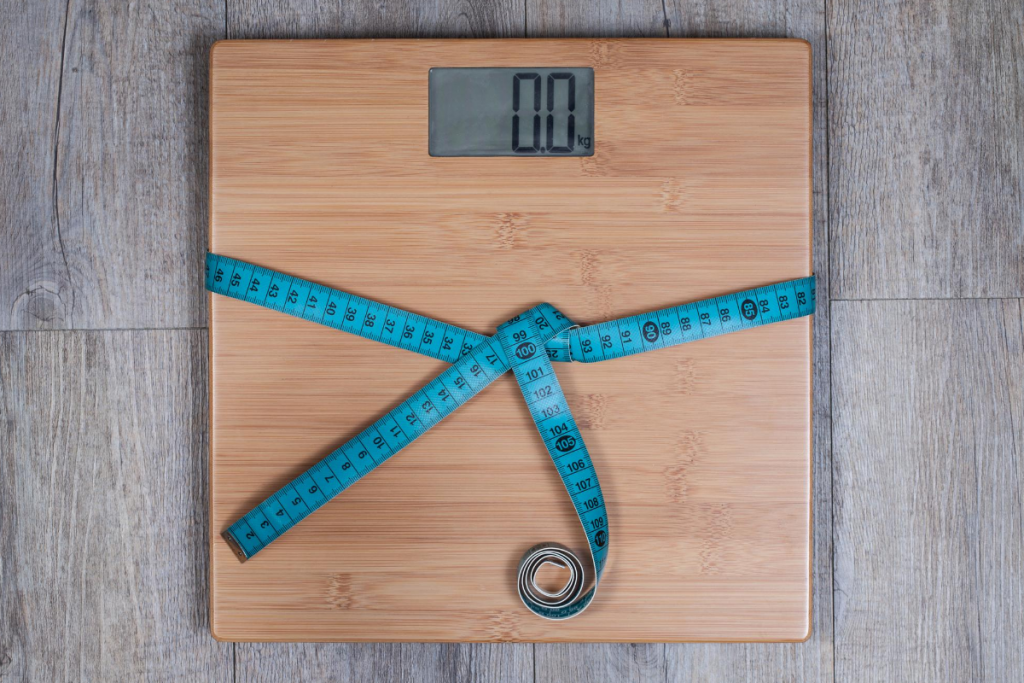 If you’re investigating gastric bypass surgery or another form of bariatric or metabolic surgery to lose weight, it’s normal to wonder how much weight you can realistically expect to lose after your procedure. Here’s what the data shows. 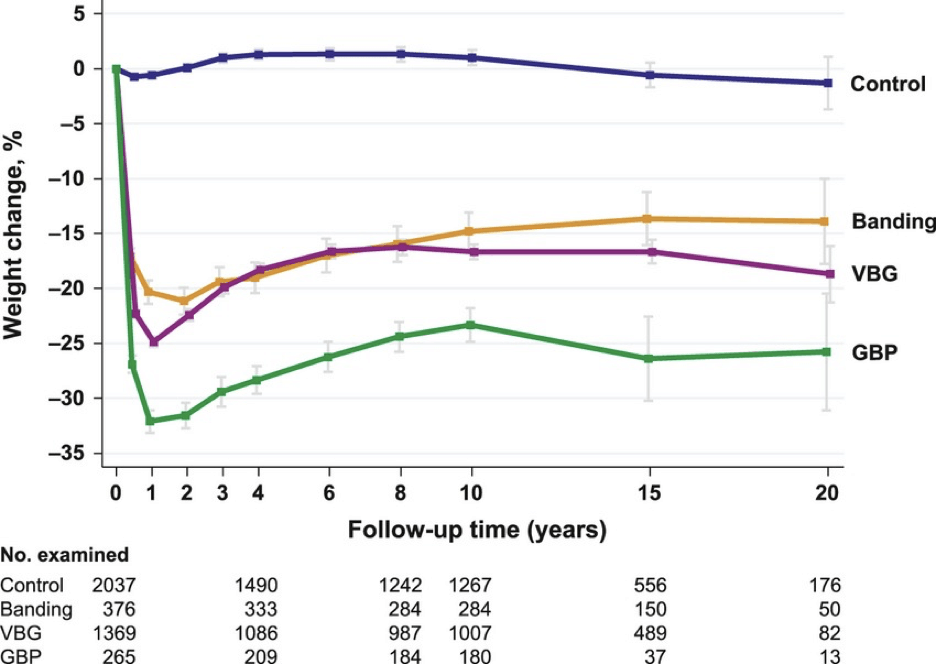 In the graph above, people who had “GBP” or gastric bypass in the green line kept off more than 25% of their total weight even 20 years later. That means someone who weighed 280 pounds and had gastric bypass would weigh between 205 and 210 pounds on average, with the additional advantages of better health and a longer lifespan.

People in the “control” group above had no success with doctor supervised weight-loss programs, a finding that is sadly universally true in medical literature.

Of note, surgeons and centers are now providing more sleeve gastrectomy and less gastric bypass. The weight loss in most studies is statistically equivalent, although some studies show more pounds lost with bypass. In one recent study,  the average amount of weight that people have kept off after 10 years is 54% of the original excess body weight. In other words, if the person originally came in weighing 280 pounds, with 150 extra pounds, they typically would’ve lost 100 pounds in the first year, but 10 years later they are still 82 pounds lighter than they were when they started. They would end up weighing around 200 pounds, which is roughly the same as the gastric bypass example above.

As the illustrations from recent studies show, the weight trajectory mirrors the weight gain that the entire population experiences with age. No surgery is a perfect miracle that completely stops the long-term weight gain and aging process. After sleeve gastrectomy, factors including genetics, health conditions, and dedication to exercise play a role in long term success.

There are a number of great studies to guide us on expected weight loss after gastric bypass surgery, but the most exciting thing is that you can influence the outcome with your own hard work. Think about committing to a seven-days-a-week new habit of moderate walking or comparable activity – it makes an enormous difference. 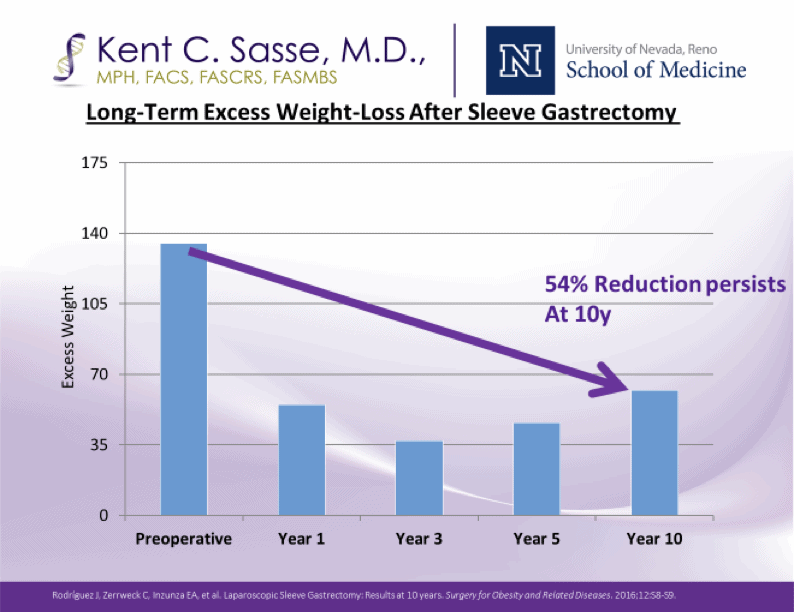 This illustration is from my most recent book, The Type 2 Diabetes Cure. If you have pre-diabetes, Type 2 diabetes, or know someone who does, the information in that book is truly valuable and well worth the few bucks on Amazon or Audible.

The bottom line is that you can expect to lose a very significant amount of weight after gastric bypass or gastric sleeve. And for the vast majority of people, the weight loss is long-lasting. More importantly, it confers large-scale health and wellness advantages, reducing risks of diabetes, heart trouble, breathing difficulties, painful joint erosion, and death.

Pretty good for a 45-minute procedure that is safer than an appendectomy!