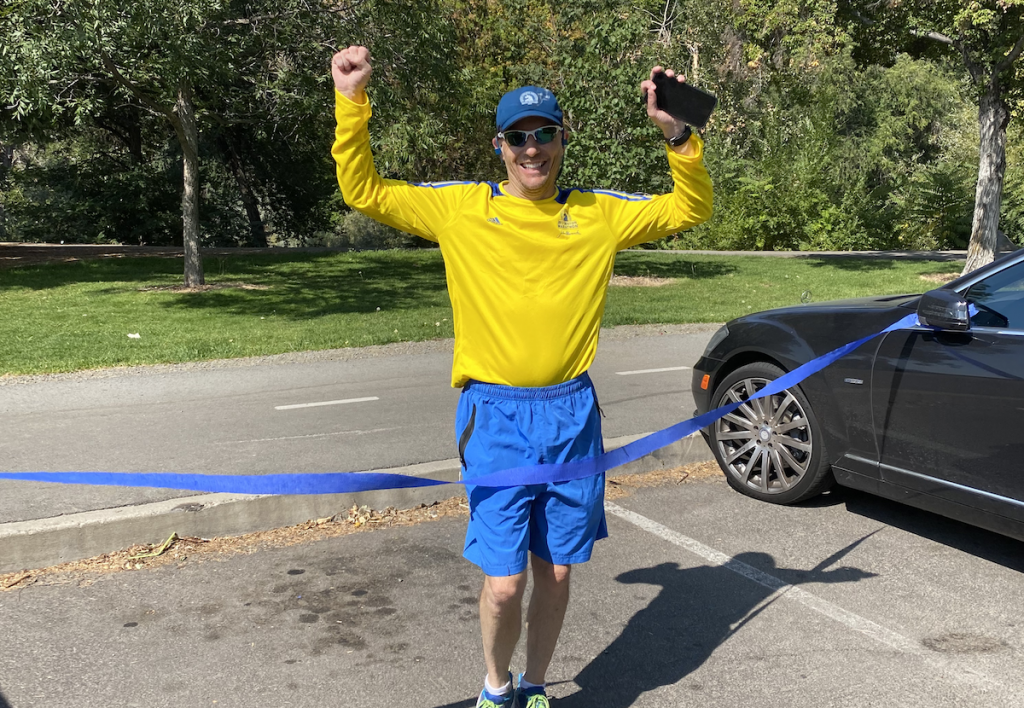 The 2020 Boston marathon was just one of many things that was abnormal for this very abnormal year. After training and racing so hard to qualify, I look forward to the race in Boston more than any other race every year. Having spent time during my surgical training there, the visit to Boston and the outpouring from that great city’s citizenry during the race weekend is magical. Covid of course caused a postponement of the Spring running of the 124th Boston marathon, and then the organizers capitulated and made it a “virtual” race all of us competitors were to complete in September in our hometowns. So, around the world, we trained through the summer and planned for a “race” in which there would be no flow of runners, no landmarks from Hopkinton to Boylston Street, and no aid stations.

But then the smoke from the terrible California fires made running 26.2 miles in Reno dangerous. So when the smoke cleared one weekend in mid September, I seized the day and leaned on a great friend to run the first half with me and my beautiful wife to staff the one aid station of desperately-needed Gatorade and energy gel.

I chose a safe “gentlemanly” pace of around nine minutes per mile, thus assuring that I would not run anywhere near a personal best but also that I would not blow up and require medical attention. Reno is a spectacular place to train and run long distances, and I enjoyed every mile of a course I got to design myself, taking advantage of the river path for the last ten miles and finishing in beautiful Idlewild Park.

Now, it’s back to training and back to qualifying for the next Boston marathon. Let’s hope for a different story next year!