How Does Weight-Loss Surgery Affect Fullness and Hunger?

Home / How Does Weight-Loss Surgery Affect Fullness and Hunger? 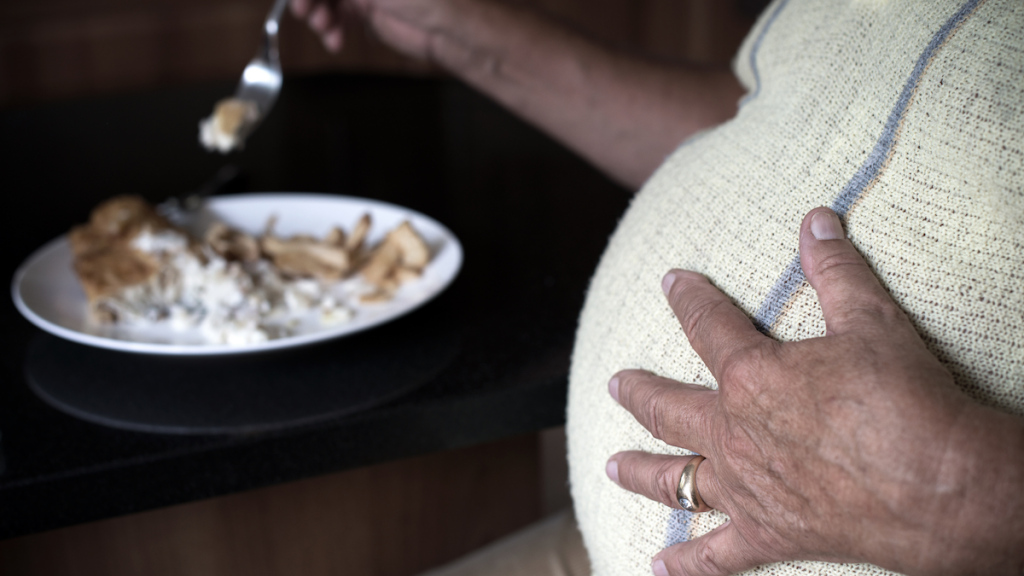 After metabolic surgery, people report far less hunger and a greater sense of fullness or satisfaction after less food. But how does this occur? It turns out that hunger and fullness are both a lot more complicated than researchers once thought. Some of us feel hungry almost every minute of every waking day, while others only feel their hunger stir with external cues such as lunch break time or smelling dinner on the stove. But there is one thing most people can agree on — if you are trying to lose weight, then feeling less hungry would certainly be helpful. And the fact that surgery delivers on this feature of reducing hunger is one of its many secret benefits.

Like hunger, the sense of fullness after eating is quite variable between humans. Some people feel a sense of fullness or satiety after a reasonable portion, while other people continue to feel hungry after a large pizza and could even dive right into a second meal if presented with one. There are famous studies about people with particular brain injuries who will gobble up an entire second or third meal when offered what they think is their first dinner. Certain genetic abnormalities also cause a complete lack of sensation of fullness and have long been known to be associated with obesity.

Weight loss surgery is now proven to be the most effective and durable long-term treatment of obesity. So, what part of its effectiveness is related to fullness, satiety, or the sense of hunger? And how do these sensations in our brain change after stomach surgery?

Researchers have examined these questions from several different angles, but most interestingly by asking real people to rate their own sense of hunger and fullness before and after metabolic surgery. The results are fascinating. The primary findings are that people simply report they feel less hungry after surgery and this reduced hunger lasts for years. They are less hungry in the morning, they are less hungry at nighttime, they are less hungry before meals and they are less hungry after meals. This is true predominately with the metabolic procedures that we know change the body chemistry and change the hormones that lead to hunger, so mainly we are talking about the sleeve gastrectomy, the gastric bypass, and the duodenal switch.  The sense of hunger was a lot less reliably reduced with the band, which is more of a mechanical or restrictive procedure.

The Role of Changing Hormones After Weight-Loss Surgery

But how does this decrease in hunger occur? Researchers are focused on the hormones that change after sleeve gastrectomy and found that one of the primary hormones, called Ghrelen, drops significantly immediately after the sleeve procedure and stays reduced even years later. Ghrelen has been called “the hormone of hunger,” although we now realize that it does a lot more than just control hunger, and that hunger is controlled by more hormones and inputs than simply this one hormone.

More is known today about hunger and fullness then was the case 30 years ago. Today, we know that there are multiple different gastrointestinal hormones that influence hunger, including Ghrelen, GLP-1, leptin, and PYY. In fact, we think it is not just one instrument playing, but a whole symphony of chemicals from the stomach and intestine and brain that create a sense of hunger. Changing the actual tissues results in significant changes to the levels of these hormones, resulting in lowered hunger and more sense of fullness.

There is also a simpler phenomenon going on when the stomach becomes fuller with food. The stomach stretches and nerves within the lining of the stomach detect that it is stretching from physical fullness. That signals directly through a neural pathway up to the brain to let us know we feel full and less hungry. However, individuals vary as to how well this works, as anyone might know who has seen people on Thanksgiving continuing to devour food while others sit on the couch claiming they are stuffed.

Lastly, both hunger and fullness are influenced by our mood, other people around us, sights, smells, fears, and states of emotion. For example, when is the last time you felt hungry when you were frightened? Typically, sensations of feeling excited or anxious or frightened switch off our sense of hunger.

So, hunger and fullness are more complex than we once believed. Weight loss and weight gain probably have less to do with hunger and fullness than we might imagine, occurring instead because of metabolic rate, fat storage, and systemic processes. But high-quality research has now shown us that sleeve gastrectomy and other metabolic surgical procedures decrease hunger and increase a sense of fullness primarily by biochemical or hormonal mechanisms, but also to some degree by the proprioceptive fullness neural mechanisms of the stomach lining. And reduced hunger drive and greater fullness after meals certainly help us maintain the weight loss.