How Does Metabolic Surgery Work?

Home / How Does Metabolic Surgery Work? 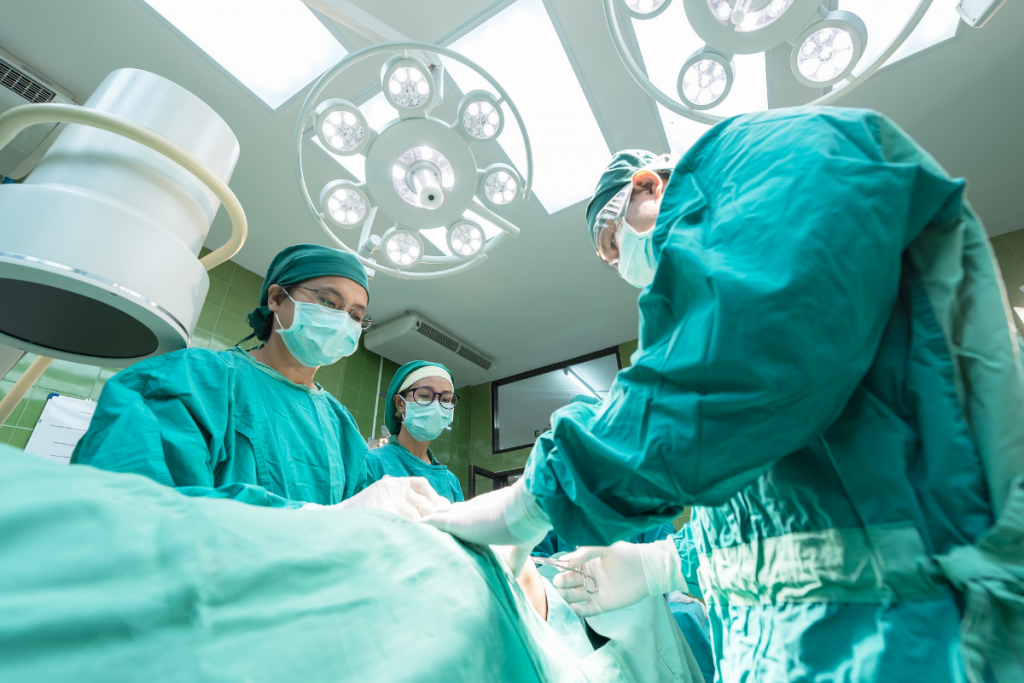 There are a lot of misconceptions about weight-loss surgery, from what the procedure itself actually involves to recovery times to its long-term effects. If you’re researching how metabolic surgery works, keep reading.

Seventy-five years ago, weight-loss surgery started to get a bit of traction as surgeons began more safely altering the stomach and intestinal anatomy in ways that were highly successful at producing massive weight loss. As you might imagine, procedures at the time were still quite invasive and required an open midline incision as well as some fancy reconnecting of the tissues to achieve that benefit. The surgical literature at the time, and for the next several decades, focused on two mechanisms as the ways in which weight loss surgery must have worked: restricting the intake of calories and reducing the absorption of calories. These two mechanisms quickly became known as restriction and malabsorption. The dogma of the field was that you had to have one or the other, or preferably both, to achieve successful weight loss.

A funny thing happened in the last 20 years, however. The science of metabolism did not stand still, and researchers began to identify important hormones referred to as bioactive peptides. These hormones exert powerful control over body systems such as blood sugar regulation, fat storage, and, importantly, body weight maintenance. It soon became clear from studies in animals and humans that the body possessed a set point for body weight that proved especially important in controlling how much we all weigh. This is true despite everyone’s personal belief that they themselves control body weight by decisions and behaviors such as how much food is eaten and how much exercise is performed. The data, whether for good or bad, paints an entirely different picture, one that describes body weight as almost entirely out of our control and determined instead by a combination of genetics and environmental inputs that establish the setpoint. Those genes and those inputs appear to act via a collection of critical hormones produced primarily by the tissues of the stomach and intestinal tract.

Lessons from The Biggest Loser

This setpoint phenomenon was profoundly demonstrated by The Biggest Loser contestants and the National Institutes of Health study of those contestants. The takeaway from the studies was that despite an enormous and public effort at exercise and weight loss by some heroic people, the weight loss proved transitory, and the pounds returned after around two years in all the contestants. That is, except one contestant, a gentleman named Rudy Pauls who went off and had weight-loss surgery about a year after being on the show. He was the only one that kept the weight off long term. And while this was interesting in and of itself, the real head scratcher came from analyzing the blood samples that the contestants gave to the researchers over course of six years. The laboratory analyzed the metabolic rate of the contestants and serum levels of some important hormones including the hormones ghrelin and leptin. 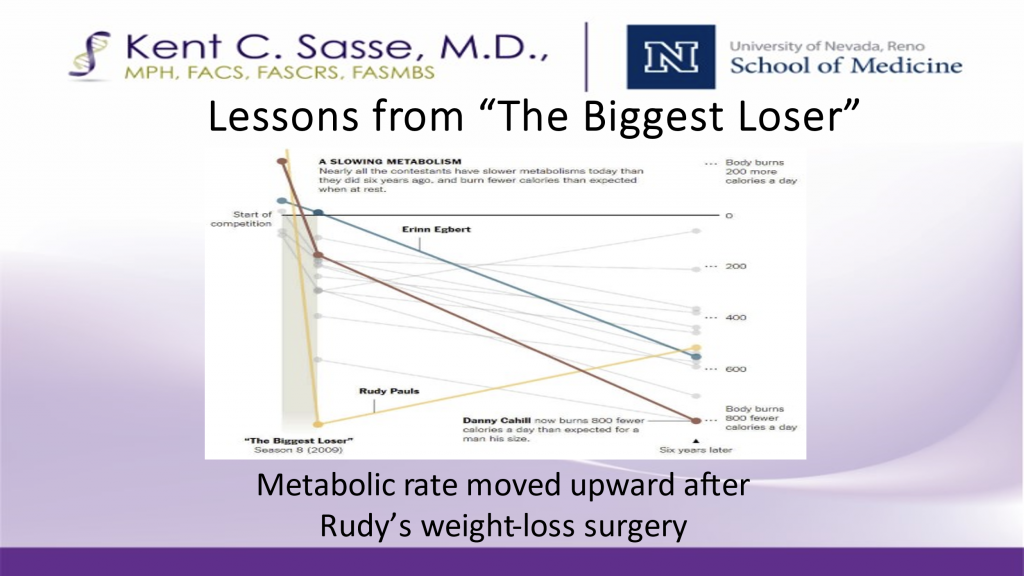 The takeaway was that losing those pounds through diet and exercise produced a strong change in the hormone profile that pushed the body toward increased hunger, fat storage, and weight gain. And worse, at the same time the metabolism plummeted so that the body was no longer burning many calories. The obvious effect of this was rebound weight gain. And the kicker was that the one contestant who had undergone weight loss surgery, Rudy, reversed both those metabolic rate and hormonal setbacks, resulting in successful long-term weight loss.

So, a new theory emerged that weight has a whole lot to do with a family of hormones that control the setpoint. And metabolic surgery alters the tissues that produce hormones, resulting in a profound and long-lasting change in that setpoint.

More work has gone into debunking the past notions of mechanisms. For example, animal and human studies indicate it is just not the case that we sneak calories past the intestines and poop them out before the body can absorb them. So, malabsorption as a mechanism certainly plays little or no role. Likewise, restricting the calorie or food intake with bands and jaw wiring has never delivered strong, durable success.

The way metabolic surgery works today is by changing the tissues and improving the hormonal profile that controls body weight set point. It is that simple. It is of profound importance because this discovery should lead to better treatments that influence the hormone profile, and better ways of preventing obesity by finding foods and substances that adversely affect those hormones. Time will tell if science, medicine, and society can benefit from those lessons and reduce the scourge of obesity as a widespread disease.