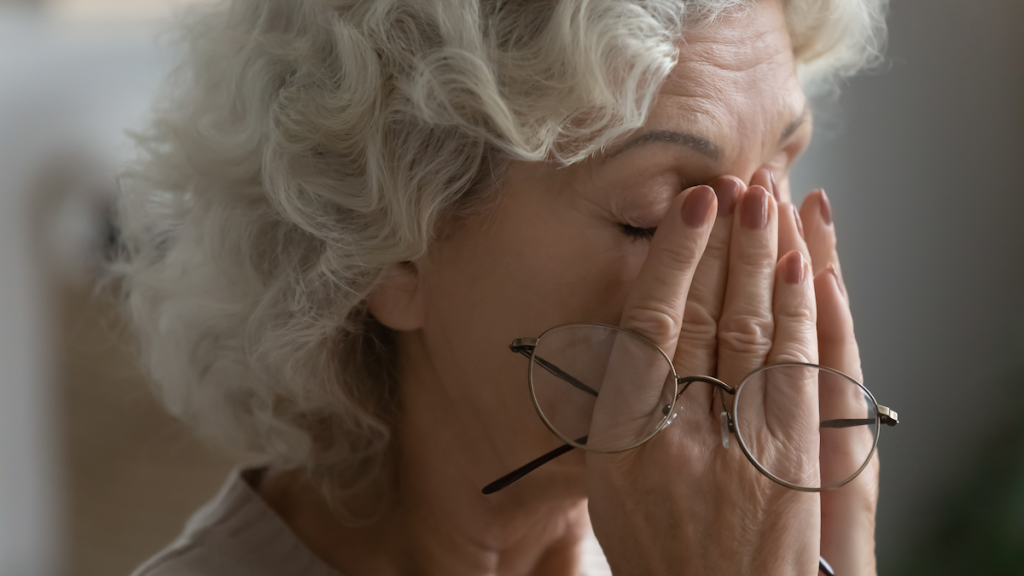 People with type two diabetes have a lot on their plate. First, there is blood sugar management and dealing with finger sticks and medications. But more of a toll is grappling with the slow progression of the disease and its effects the kidneys, small vessels of the toes and feet, and the retinas. Diabetes is the number one cause of blindness in the United States. A substantial number of people develop severe retinopathy because of diabetes, despite being under the care of doctors and continuing to “do everything right“ by taking medications and following instructions on diet and exercise.

As we have discussed in other articles, that old-school paradigm of managing diabetes results in millions of people developing renal failure, amputations, and blindness, many of which could be prevented. Metabolic surgery has proven highly effective at not only reversing the whole diabetes disease process altogether in many people but reducing these long-term complications of diabetes.

Demonstrating just one such important area of risk reduction are authors Caberry, Yu and colleagues who published a recent excellent study on diabetic retinopathy and the progression toward blindness among people with diabetes. As UNR medical student Maebob Enokenwa shows below, the authors compare retinopathy among those who undergo metabolic surgery to those who do not. For those of us who have been in the space for a long time, the results are not at all surprising; as depicted below, the study found a large drop in the development and progression of diabetic retinopathy over the course of several years among those who had undergone metabolic surgery.

The mechanisms of metabolic surgery are predominantly hormonal, moving right down to the base layer or the root causes of the metabolic dysfunction and hyperglycemia in the human body. In many cases we are seeing direct hormonal effects that reverse the deterioration of organs including the liver, kidneys, brain, heart, and in this case, eyes. 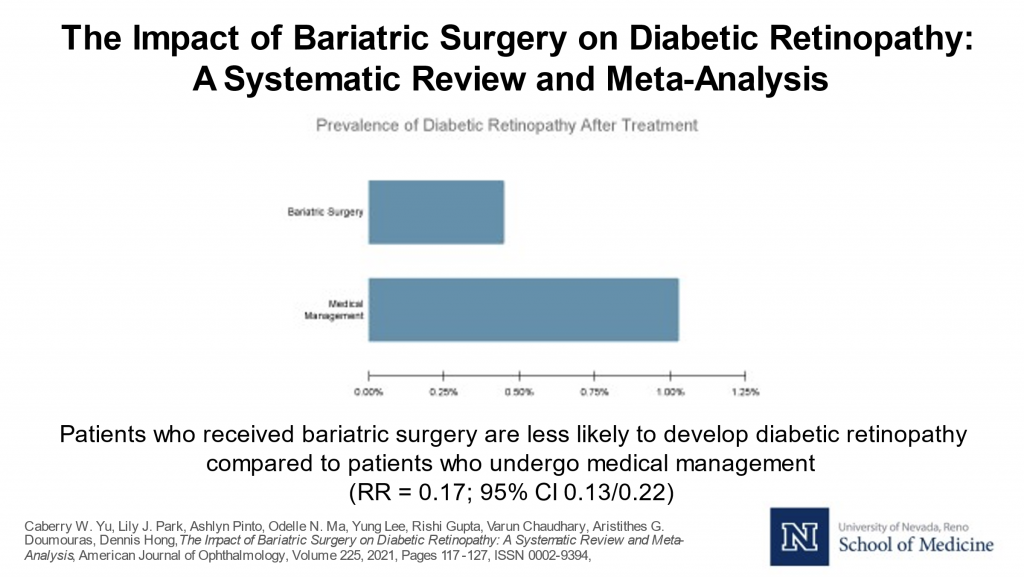 Metabolic surgery today is one of the safest procedures routinely performed in hospitals, safer than gallbladder, hysterectomy, appendectomy, and most orthopedic procedures, to give a few examples. The most performed procedure — known as sleeve gastrectomy — removes hormonally active tissue from the outer part of the stomach. This results in a long-term change in the profile of an important family of metabolic hormones, including GLP-1, Ghrelin, PYY, and Leptin. There is strong evidence that other important regulatory hormones are favorably affected after the surgery and may have even more direct effects that prevent retinal damage.

If you or someone you love is managing their diabetes with the legacy treatment plan, including pills, shots, diet, and exercise, then it may help them to know that the risk of retinopathy and blindness is significantly reduced with metabolic surgery. It’s a 45-minute laparoscopic procedure recommended by the American diabetes Association and virtually every endocrinology organization in the world.

Learn more about whether you might be a candidate for metabolic surgery. Contact the Sasse Surgical team today.